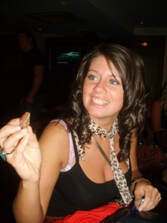 Candice was a musical theatre graduate and waiting to start a P.G.C.E in Early Years teaching at Cumbria University. While Candice waited to begin her teaching course she worked at a local children’s nursery, taught singing and drama to young children at stage school, did voluntary work and worked behind the bar at Grappenhall Cricket Club.
Because Candice was a genuine and naturally friendly person she made lots of friends and was universally loved by everyone who met her – this included WILL and ANGE WINNINGTON-SHARP, who first approached us to ask if a garden for Candice could be created at the club.

Therefore it was on a bitterly cold January afternoon DAVE NICOLSON, Ange and I stood on the still frozen ground at the side of the G.C.C Club house to sew the first seeds for Candice’s Garden. From this time on, Ste and I went every Saturday, regardless of the weather to dig, move, drag, heave and work the land; sometimes our manual efforts were assisted by BWF HOLDINGS plant machines and PHIL ASPREY (Relief!) Although the work was gruelling, especially the digging, ironically the constant rain fall eased our toils as it softened the ground but for PAT SHARP it brought havoc; as we often helped her husband NICK SHARP in pushing Pat’s car and its spinning wheels out of the slippery mud. At the very early stages, regardless of our efforts we had no real direction, just the notion that we were creating a garden for Candice.

As a wall Mural was mentioned during our January meeting I sought out an old friend, TRACEY SHAW to ask if she would consider ‘Painting –a– Picture’ on the wall! Although she had a look of terror on her face she did agree to help – Now after spending many hours with Tracey and discussing the painting and her previous experiences I fully understand and appreciate her look of terror at that time – TRACEY IS NOT A PAINTER! With Tracey’s offer to help we were able to render the wall in preparation, or at least JIMMY, GRAHAM AND JOHN from WOODBINE BUILDERS, Lymm did; assisted by Wills, who also sourced the donated materials from B&Q.

As the March winds arrived so did CHERYL (Candice’s sister), her husband ANDY and their two-year old daughter KATIE-MARIE; armed not only with manual help but the priceless gift of ‘Candice and her Garden’. Each feature of their garden design is Candice; the festival field, Wellington Walk, Yellow Roses, fun and games. One of the main features of the garden is the ‘WISHING TREE’. Each Christmas we would go, as a family to Delamere Forest to choose our tree and it was during these times that Candice would delight in reading the children’s wishes hung on the tree’s and expresses a desire to own her own Wishing Tree. Thanks to MIKE EVANS’ extensive knowledge of trees, Candice’s wish came true. MIKE and CLARE @ SPECIMEN TREE’S, High Leigh donated our Cornus Mass, Wishing Tree. We found out later that Mike and Specimen Tree’s had also been asked by YOKO ONO to put a WISHING TREE in the Blue Coats Centre, Liverpool for JOHN LENNON.

From early April our focus became planting. So with the help of IMOGEN from LANE END NURSERIES , BOB AND HELEN, FODEN ESTATES, CURBISHLEYS ROSES, FAMILY, FRIENDS and generous donations of G.C.C MEMBERS, NEIGHBOURS and some ANONYMOUS DONATIONS we were able to organise a ‘planting weekend’ which included making scarecrows, painting plant pots and scattering wild flower seeds purchased from THE WILD FLOWER CENTRE, KNOWSLEY, MERSEYSIDE. Although our CRICKETER was anonymously donated, the Jenkinson Family donation of ceramic wellingtons began the Wellington walk and EDDIE DENCH’S hand-made ladybirds inspired the kitchen wall painting. ‘A TIME WILL COME’ is a first world war cricket poem by ARNOLD WALL which was chosen to compliment the only RED ROSE within the garden – The Emblem of Lancashire C.C.C and donated by JULIE BENNISON.

By the end of April as the garden begun to take shape we were able to lay the path with aggregate donated by J.FISHER & SONS and decorate with Silver Stars made from Templates donated by TG and PMP FABRICATORS. The Indian Stone platform and Hand made Oak Bench with 26 crystals was hand-made by RICHARD LAYFIELD. Although the garden and its features depicted Candice’s humorous, quirky and fun personality it was TRACEY who brought us her essence. Taking Candice’s own words from her Facebook Profile Tracey transposed them into art for the wall. Genius. WOODBINE BUILDER’S scaffolding and the artistic assistance of RON, SARA AND CARLA supported Tracey with the colossal fresco. ALL THE PAINT for the garden was donated by CROWN PAINTS, thanks to MIKE, LINDA and MARK SIMPSON.

Candice adored Glastonbury as it combined her love for Music and Holiday’s. The Traveller’s Wagon denotes this and was designed and painted by CHERYL and MARK SIMPSON. ROB WATSON and the WARRINGTON YOUTH VOLUNTEERS, from Warrington Peace Centre designed and painted the artefacts. JAKE from behind the bar even contributed a personal masterpiece ‘The BBQ Beer Barrel’. Candice’s COUSINS asked that the shoe they sent her in August 2010 could be sited in the garden and with the specialized help of NEIL GREENWAY and STUART from CAR COLOURS we were able to accomplish their request.
As we worked constantly upon the garden from January to August our pains were often eased by the efforts, support and love of many people - GEOFF, INGRID & NEIL SIDDALL, PAT SHARP, FAMILY and FRIENDS therefore Candice’s Garden was able to GROW.

To fully appreciate Candice’s Garden is to just sit and contemplate: The bubbly, energetic and colourful festival area harmonized with the calm, pensive and wistful ladybird loop region all of which depicts CANDICE’s unique personality and her sense of fun and wonder - It is truly Magical, thanks to CHERYL, ANDY and TRACEY. 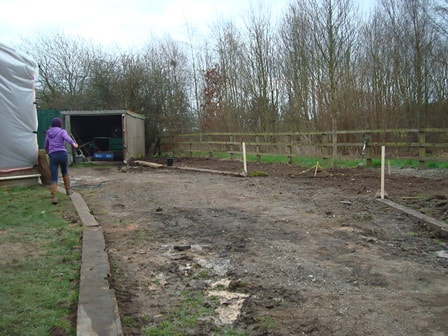 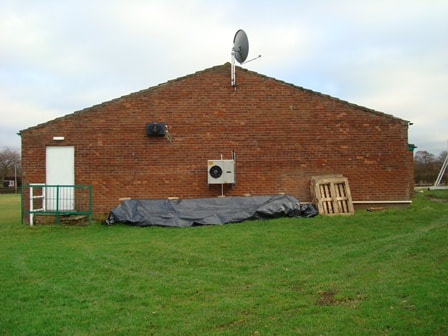 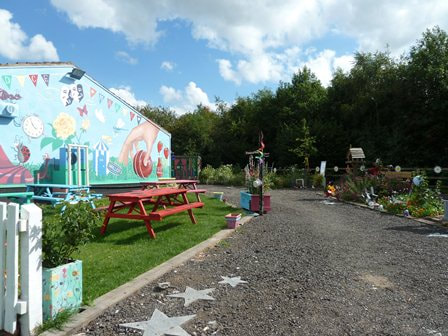 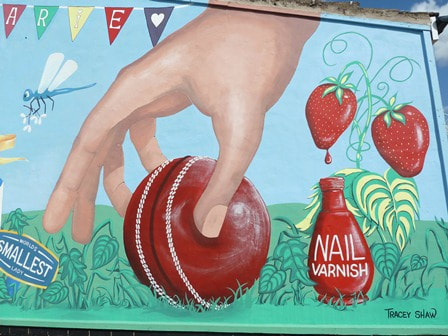 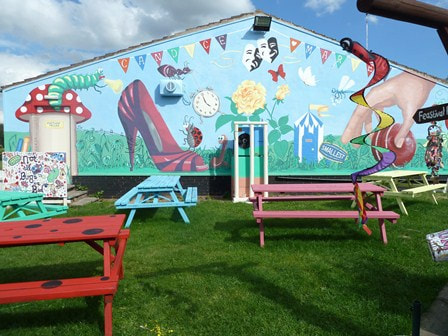 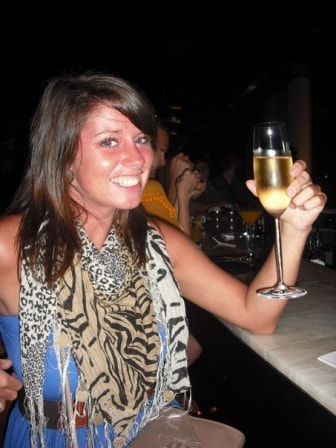